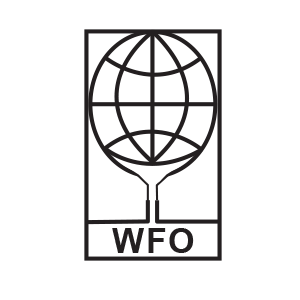 METALPOL Węgierska Górka, the oldest foundry in Poland whose beginnings date back to the year 1838, will celebrate its 180th anniversary in 2018.

Over the 180 years of its operation, the only thing that has never changed about the plant was its top ranking among the best and most advanced casting plants in this country.

The plant first opened as an ironworks smelting iron from the iron ores mined in the area, using charcoal supplied by the nearby forests, and energy provided courtesy of a river flowing close by.  At the time, the ironworks became well-known as one of the largest and most sophisticated plants in this part of Europe.

Once the iron ore resources had run out, the large blast furnaces went cold but a new visionary, Managing Director – Jerzy BUZEK, stood ready to launch a new line of production:  water system fittings and other products made by the foundry.  Jerzy BUZEK, who had managed the Plant since 1911 until his death in 1939, fostered specialization in cast iron piping, valves, and shapes for drinking water systems in this country and Europe.  At the time, the foundry became popular as a worldwide leader in its field.  Jerzy BUZEK lived to become a professor of the AGH University of Science and Technology in Cracow, widely recognized as a leading Polish and European iron casting specialist of the interwar years.

In 1938, the foundry welcomed visitors from the 14th World Casting Conference held in Warsaw.

Between 1950 and 1989, the plant became one of the largest manufacturers of valves, piping, and water system fittings sold to all the Social countries, starting with the Soviet Union and all the way to Mongolia, Cuba, Algeria, and Egypt.

In 2000, following privatization, the plant began an ongoing process of growth and modernization which included radical reorganization of its structure, introduction of state-of-the-art production technologies, and European management standards.

The year 2017 saw the launch of a most technologically advanced, and the largest in the world vertical mold partition casting line with an electric drive e-VMM 8 50x650x150 – 500 mm molding machine made by Spanish LORAMENDI, an Italian BELLOI-ROMAGNOLI sand mix station, a German EIRICH cooler, and a CIME pouring system.

The other production line at METALPOL features a BMD horizontal molding line 850x750x2x250mm capable of making castings weighing from 5 to 100 kg.

95% of METALPOL production is made of ductile cast iron.

METALPOL is a supplier to some leading global companies, such as CATERPILLAR, KNORR BREMSE, KUHN, POCLAIN HYDRAULICS, and TOYOTA.

The railway industry represents another major customer for METALPOL, especially for their railway junctions / switch points, parts for cars, engines, as well as railway sleeper components both for domestic and foreign buyers.

METALPOL proudly continues their historic traditions as a major supplier of water system fittings not just for the Polish market but a number of foreign customers as well.

For more information on METALPOL and the Virtual Museum of the Foundry, please go to http://www.metalpol.com/en